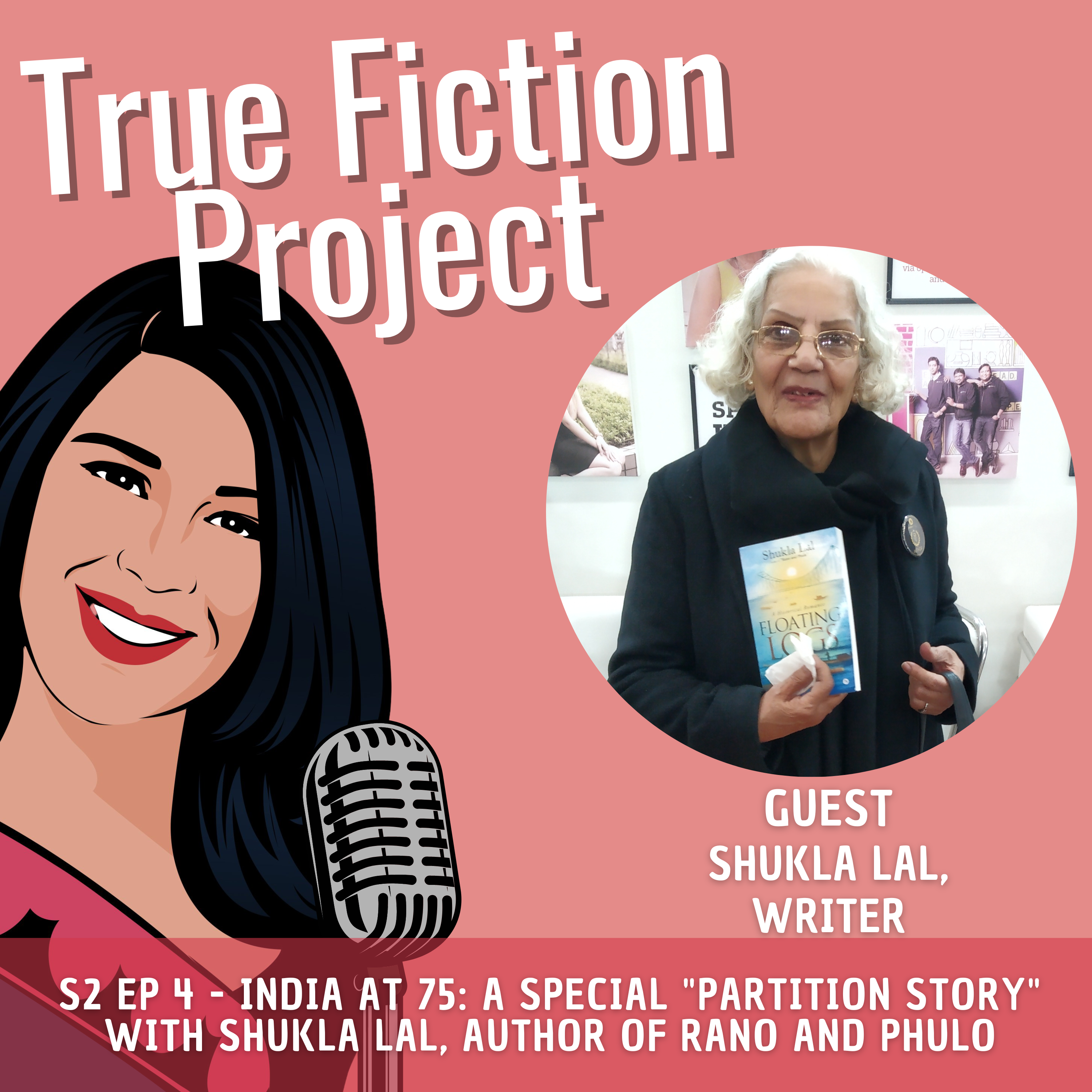 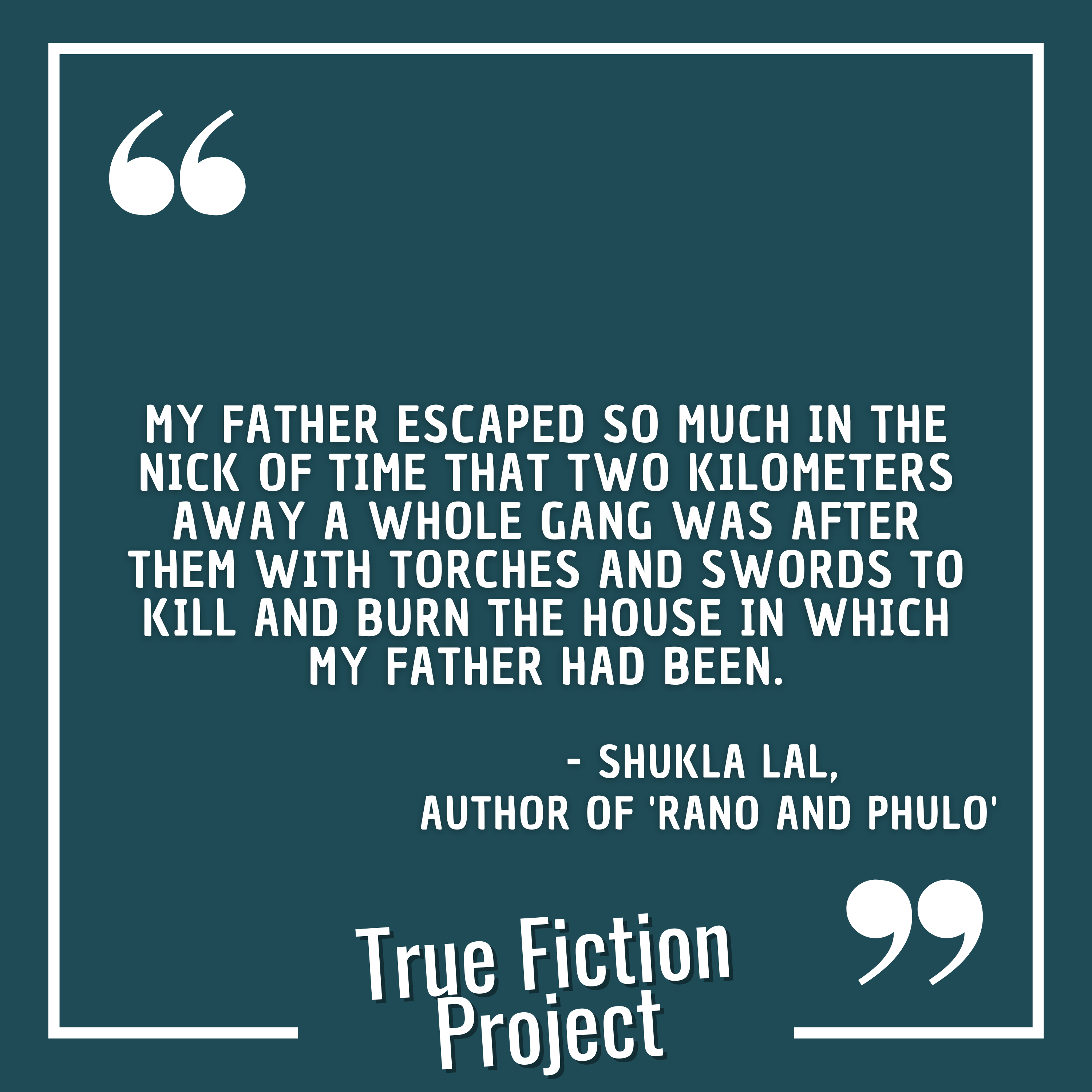 Today, we have a very special show because we are celebrating the 75th anniversary of Independent India, which fell on August 15th. Our special guest is Shukla Lal, a writer based in New Delhi, who has recently written a book detailing her personal experience from the partition that led to India’s Independence. We hear the amazing story of her father’s incredible escape in the midst of the violence and mayhem of the partition. Later in the episode, Shukla’s daughter, Sonia Kullar, reads an excerpt from Shukla’s book, Rano & Phulo.

An excerpt from Rano & Phulo written by Shukla Lal, and read by Shukla’s daughter, Sonia Kullar

[01:50] Shukla and her new book on the 75th Anniversary of the Partition of India are introduced
[05:39] We hear about Shukla’s family’s experience before the partition and how her father escaped
[11:45] We learn how her true events are interwoven into her short story
[14:30] We explore how Shukla’s story captures an India frozen in time
[18:50] Has India grown into the identity it desired after the partition?
[21:16] We hear about the future of India and more about Shukla’s written work
[24:57] An excerpt from Rano & Phulo written by Shukla Lal, and read by Shukla’s daughter, Sonia Kullar

KEY TAKEAWAYS:
Shukla and her family left for Shimla on holiday, never believing that they would not return to their home due to rising political and religious tensions, now known as the partition of India. Her book is based on her family’s experience during this time. Following the partition, there was a renewed sense of nationalism and patriotism. It was also a time where women were leading out in entrepreneurship and contributing as business women. India continues to rise and be recognized for its culture and ethics. Since the 60s and 70s it has grown from being a developing and poor nation to being a globally recognized and self-respecting nation.

An excerpt from Rano & Phulo written by Shukla Lal, and read by Shukla’s daughter, Sonia Kullar

Shukla Lal was born in Amritsar. As a child, she imbibed the beauty and diversity of this beautiful land – India, as her family moved from Amritsar, Lahore, Shimla, to the Central and Southern cities of Madras (now Chennai), Nagpur and Hyderabad and eventually found their anchor in Calcutta (now Kolkata) in the early-1950s. Over 40 years later, she moved to New Delhi to retire.

Since catching the literary bug on her 80th birthday, Shukla has written two historical romance sagas, Floating Logs set in Kolkata (published by Notion Press in December 2019), and Rano & Phulo set in Undivided and then partitioned India (published by Goya Publishing in March, 2019), and a collection of poems, Meri Nazmon ka Ehsaas (soon to be published) all captured gamely on her iPad Notes App. She has finished the first draft of her third historical novel, Soul’s Rapture, a mystical romance set in Lahore and Mumbai. She has also written several short stories. She was invited to write for the Chandigarh Tribune, and has been interviewed for the Reader’s Digest, the Times of India, the Telegraph (Kolkata), and www.womensweb.com. Her deep spiritual practice and sense of wonder for the beauty of the world around her find expression in her storytelling. Her own lived experience adds luster and authenticity to her stories.

Joyful wit and multilingual expressiveness is a family trait she inherited from her parents and shares with her accomplished siblings. Her choice of stories and writing style could best be understood from her own words “I am a romantic and an idealist by nature and find true romance scattered everywhere irrespective of class, creed, religion, nationality or age”.

The podcasts available on this website have been produced for informational, educational and entertainment purposes only. The stories and experiences contained within the interview reflect the experiences and opinions of the guest. The short fiction story reflects the creativity of the writer. The contents of this podcast do not reflect the opinions of the podcast or its host and do not create any type of professional relationship between the audience and presenters. True Fiction Project Podcast expressly disclaims any and all liability relating to any actions, beliefs or opinions of the guests taken or not taken based on any or all contents of this site.