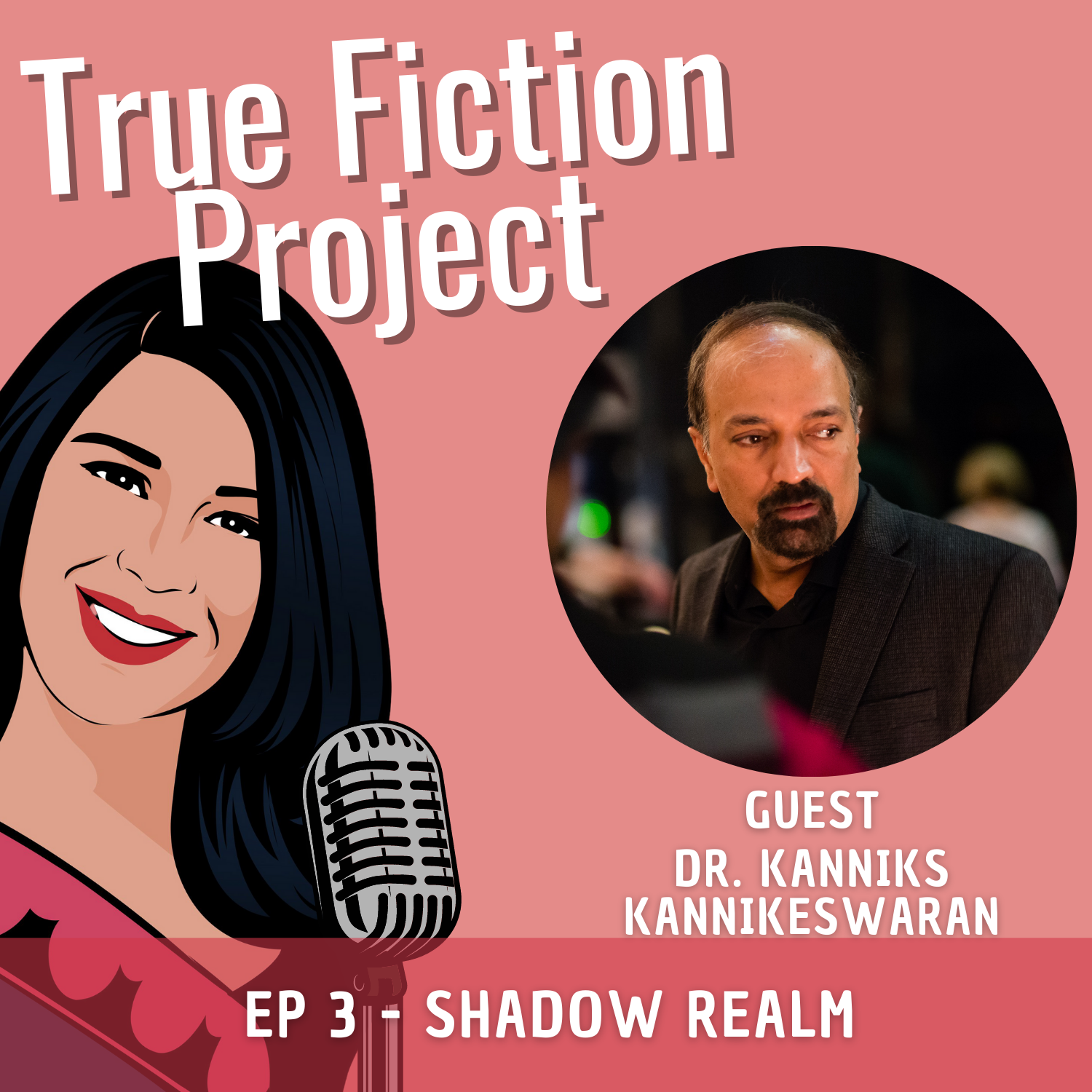 In this episode, I’m speaking with Dr. Kanniks Kannikeswaran, an internationally renowned music composer, educator and scholar known for his sustained contribution to music and community for the past 25 years. We talk about his incredible work on the soundtrack of Shadow Realm, a podcast project based on a young adult fantasy fiction book that I wrote. Dr. Kanniks shares how his imagination was instantly captivated by the vivid literary descriptions and how he utilized Sanskrit chants, an ancient language of India, to musically portray different characters. We also talk about the inspiration he found from his travels to the ancient village of Hampi, India. The latter part of the episode showcases Dr. Kanniks’ work as we listen to Episode 8 of Shadow Realm and hear a portion of Arya’s story.

Dr. Kanniks Kannikeswaran, an internationally renowned music composer, educator and scholar is known for his sustained contribution to music and community for the past 25 years. His recent viral video ‘Rivers of India’ featuring Bombay Jayashri and Kaushiki Chakravarti has received critical acclaim. Kanniks, is regarded as a pioneer of Indian American Choral music and for bringing together ancient chants in Indian ragas with choral and orchestral polyphony; his far reaching work in this area has personally touched the lives of over 3500 performers, has inspired the flowering of community choirs in over 12 cities in the United States, has built new audiences and collaborations. His composition ‘Mahavakya’ was performed at the historic reception accorded to Prime Minister Narendra Modi at Madison Square Gardens in 2014. Kanniks has been described as a renaissance personality who effortlessly traverses diverse disciplines such as music, spirituality and innovation. He is a recipient of several awards including the Distinguished Alumnus Award from IIT Madras, the McKnight Residency, the Ohio Heritage Fellowship and more.
He can be reached at kanniks@gmail.com.
Connect on Social Media:
https://www.facebook.com/kanniks/ https://twitter.com/kanniks https://www.instagram.com/kanniks_kannikeswaran/